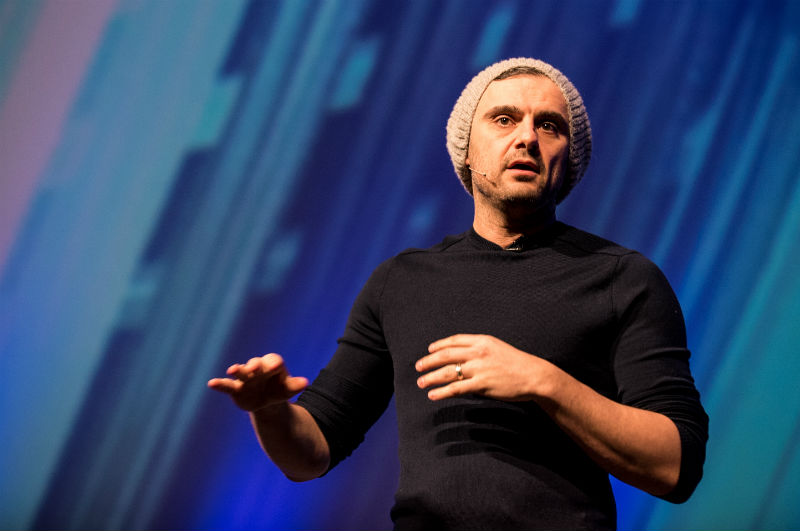 When Gary Vaynerchuk was just six years old, long before he built his reputation as The Wine Guy, he sold lemonade.

The young entrepreneur would get another kid to man the lemonade stand while he walked up and down the road, closely watching motorists. He wanted to know where those drivers were looking as they passed, and a whatever road sign caught their attention, this was where he would place the sign for his stand.

Now, at 41, Vaynerchuk has built multiple successful businesses, has written five books, and is one of the best known social media marketers in the world, but his focus is still on getting people’s attention and capitalising on it.

‘Please make your strategy around attention, nothing else matters.’

“Everything to me is about attention,” he said during his talk at Dublin Tech Summit. “I have no emotion for logos. Whether it’s VR, whether it’s AI or six other platforms over the next six or seven years, I have zero emotion. I only care about where is your attention today, where is it underpriced and where is it overpriced.”

It’s getting more and more difficult to get people’s attention because of the multitude of companies on every platform vying for those same eyeballs. According to Vaynerchuk the secret is to find where your audience is and be better at grabbing their attention than anyone else.

“Please make your strategy around attention, nothing else matters. I don’t care if you built the greatest fucking SaaS product for fucking farmers, I don’t care if your sneaker is lighter and cooler, or your coffee tastes better, than everyone else. You need to prove it, and you need to figure out where the attention is before you convert. There’s a period where a platform is underpriced and it’s your job to figure it out.”

Over the years Vaynerchuk has managed to arbitrage new networks and technologies to maximise his returns. Back in the late 1990s he had an email newsletter with a clickthrough rate of 91 per cent, unheard of now that everyone uses email to sell. Similarly, he was able to buy ads with the target keyword ‘wine’ for just 5c a click because no one else saw the value in selling wine online.

‘You were a media company before you were anything else.’

And he has stayed on top of where he can get people’s attention – before other marketers move in – ever since.

“Chase attention and day trade it,” he said. “This stuff changes, not year by year, but now day by day. If I was here seven months ago I might have brought up that I’m worried about Instagram. I’m not sure where it has a spot over the next year or two. Then Instagram makes seven feature changes, all of which Snapchat has. Now I’m more bullish on Instagram than anything.

Aside from chasing attention, Vaynerchuk believes the keys to success are working very hard and “not giving a shit what other people think”.

But mostly it’s about finding your crowd, communicating your story effectively on the platforms that matter, and understanding the context and user psychology of each platform you’re on. And getting in early, before everyone else turns up and floods the network with sales pitches.

“Whether it fits your philosophical point of view of where the world is, you were a media company before you were anything else,” he added. “If you can understand that, it changes everything. It changes the way you think about the world.”