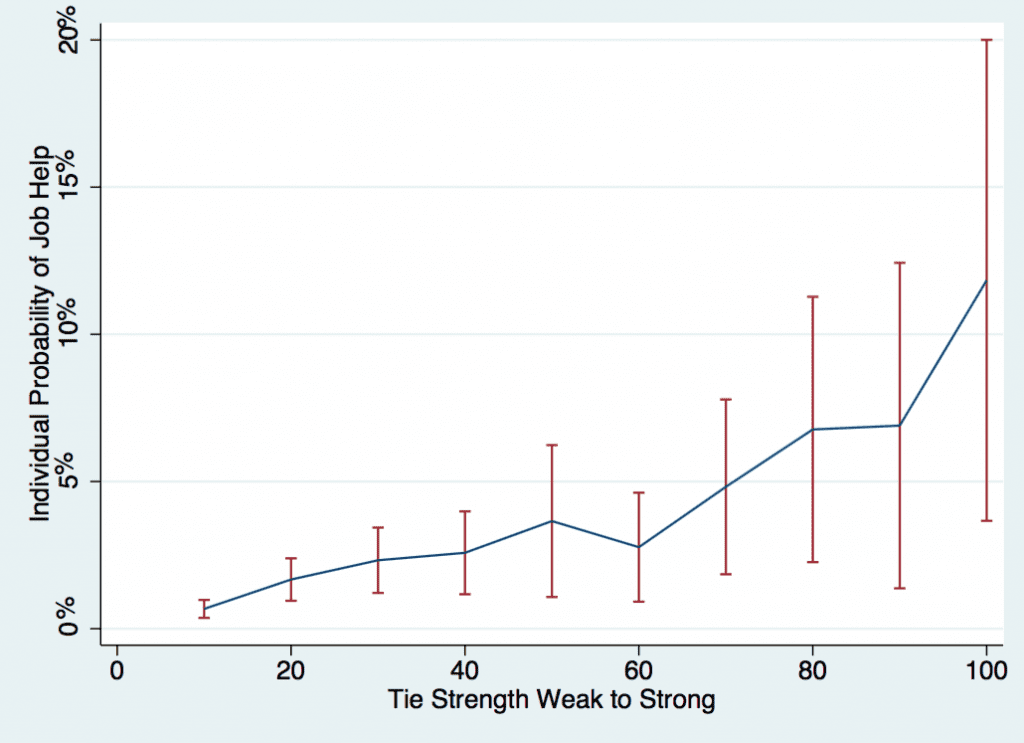 When it comes to finding a job, individual strong ties are more likely to help than individual weak ties. Image via Research at Facebook.

In the study, published in the Journal of Labour Econonics, the researchers used anonymised data from Facebook’s US users and extrapolated their findings from assumed strength of ties and listed employment start dates. They found that while most people find a job through their extensive network of weaker ties, individual strong ties were more likely to help than individual weak ties. 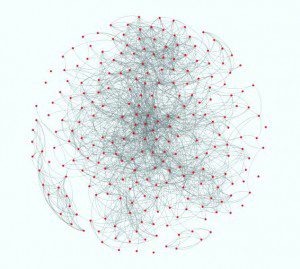 Who in your network can help you find a job?

Put simply, a large network of acquaintances is the best way to find out about career openings, but a good friend is more likely to put in a good word for you or take other steps to help you get the job.

The study makes a number of assumptions – when two Facebook friends end up working at the same company, it is assumed that the first employee played a role in helping or encouraging their friend secure a job there, either by directly assisting them or by making them aware that it was a good place to work.

The strength of ties, meanwhile, was measured based on criteria such as the number of mutual friends two people had, as well as how often they tagged each other in photos or posted to each other’s walls.

The study acknowledges that there are a number of challenges in quantifying how networking relates to job finding – one obvious anomaly is that not all adults are on Facebook, and for those who are, not all of their social interactions occur on Facebook. Strong ties also tend to be the people you have most in common with, and are likely to end up working with. Conversely, you are also likely to work with a weaker tie, simply because weak ties make up the bulk of your network.

Ultimately the study recommends using your network in a job search by investing most of your efforts on strong ties – let your large network of weak ties know you are looking, but when it comes to time-consuming efforts such as asking for specific help, you are more likely to leverage support by focusing on close friends.

Source: How strong and weak ties help you find a job | Research at Facebook