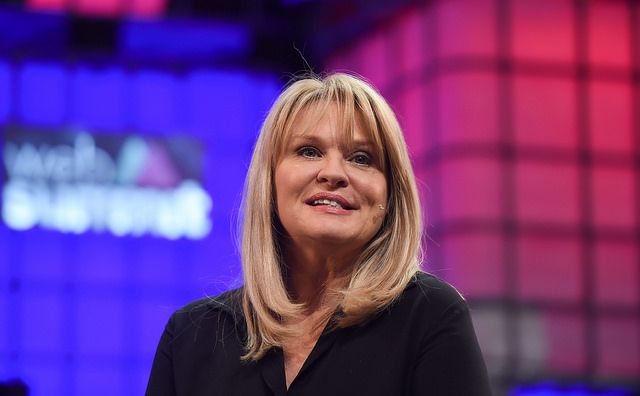 Cyberpsychology, the study of the impact of emerging technology on human behaviour, has grown into an established discipline over the last number of years with the expansion of the social web.

The human brain is inherently social – we seek out interaction, and we all need a social affirmation in order to thrive and grow. However social media, and how we interact with each other online, is changing how our social brains work.

Professr Mary Aiken is a prominent cyberpsychologist. She is director of the Cyberpsychology Research Centre, which is currently based at the RCSI (but will be moving in the near future) and, among other things, has worked with the FBI and Europol in fighting organised crime on the web. Prof Aiken was also the inspiration for CSI: Cyber, a series in the CSI franchise specifically dealing with cybercrime.

She joined Grainne Faller of The Irish Times at Web Summit to discuss the effects of social media, and the projection of a highly curated self online, on children.

“A child of nine or 10 coming up through an identity formation period, when they create a virtual self, which is a highly curated form of self, it’s the self as an artifact, and they manipulate that. They are popular evidenced by the number of connections that they have. We don’t understand the impact of that splitting of self onto multiple platforms and what it does in a developmental context.”

Aiken said she was cautious of allowing children too much access to social networks while they are developing their sense of self, as “we don’t know the impact of that”.

“What happens when the real world self can no longer live up to the highly curated and manipulated self?” she asked. “My theory is the root of cyberbullying may lie in the fact, if a child creates a fantastic evolution of self and that’s the best that they can be, and is told it is not good enough and called ugly or a loser, is that not devastating in a psychological way? This may be a pathway to low self esteem and, in fact, to self harm. I think the behavioural sciences have been blindsided by evolution of technology.”

However there are many positives for young people using social media too, notably the ease at which they can communicate and congregate.

“Back in the day you had to go to local supermarket, sit on a wall, and wait for your friends to turn up,” Aiken said. “Never has it been easier to connect, to find things they want to go to, and to be social.

“I’m unashamedly pro technology, I just want to make sure from a behavioural science perspective that we understand, and when we understand we can advise best practices,” she added.

Aiken believes children have a right to be safe online, and she is lobbying the United Nations to recognise this in the UN Convention on the Rights of the Child. She also believes that the responsibility to keep children safe online should not lie solely with parents.

“If you take the scourge of cyberbullying, the greatest trick social media companies have played is convincing us they can do nothing about it. Cyberbullying, by definition, is nothing but evidence, how on earth did we get to a situation where that’s bigger than real world bullying?”

However Aiken warned against removing children’s access to social media as a means to protect them, as doing so could also cut them off from their support system of friends.

She revealed that research is under way to develop the technology to alert parents to the possibility that a child is being bullied online, using signals from social interactions without revealing the content of messages or otherwise infringing on a child’s privacy.

“I’m absolutely optimistic that we can use technology to address technology related behavioural problems,” she said. “Technology is neither good nor bad, it is used for good or bad by humans.”